Science Beyond the Classroom

The children in Hedgehog Class have been learning about water quality as part of their Eel project. A lady called Anne Carter (from the Freshwater Habitats Trust) came in to teach us about it. We learned how to test for nitrates and phosphates which are both bad for water quality. Some children tested the water from Mrs Fowler’s pond and the samples turned bright pink which means it was high in nitrates and phosphates, which is not good. We also tested the water from the school pond and found the water quality was better. This is probably because there are fish in Mrs Fowler’s pond and they are not good for water quality.

We also took DNA samples from the water from Mrs Fowler’s which Dr Carter is having analyzed – she will tell us what is living in the pond in a few weeks’ time.

As well as that, we have been looking after eels for 2 weeks as a project. On Tuesday 5th July, we went to Mildenhall to release them in the River Lark. We played a fun game and looked at the animals in the river we released the eels in. We put all the animals we found back so that they could go back to their homes or their family.

Written by Kate and Eleanor

Photos from our Water Quality Day

Hedgehogs Class are involved in an exciting project connected to the European Eel, which is a species in danger of extinction. The eel population has declined by over 96% in the last 40 years, due to pollution and man-made barriers to its migration. The children have learned all about this threat and the way in which people can help. Ursula, who works for the Norfolk Rivers Trust, has helped us set up a tank in the classroom which contains 6 eels. We are caring for them for two weeks before releasing them in a local river.  Below is a recount by one of the children about her visit:

On the 21/6/22 Ursula came from the Norfolk Rivers Trust to deliver our eels to us and explain the things that you must do to keep them safe and fed well. Tom was a Filmer, and he came along as well to interview some of the children on  their thoughts of this project. We must do some things daily and some weekly and some extra bits as well. We need to feed the eels daily and also clean the tank. We need to change the water twice weekly.

A few interesting facts about eels:

A picture of the eels in their tank is below.

On the 5th July, we went to release our eels. Five had survived so we felt proud we had looked after them well. Ursula (from the Norfolk Rivers Trust) took us to the beautiful River Lark in Mildenhall where we let our eels go. We played some games to understand more about life cycles and we also visited the sluice upstream which is a good example of how man-made structures often act as life-threatening barriers to a wide range of migratory creatures.

We have greatly enjoyed this project and were delighted to have helped Ursula and her team highlight the dangers to these wonderful creatures.

Year 5 and 6 are working with Dr. Will Nash from the Earlham Institute on a Citizen Science project. These are the aims:

Dr. Nash wants to find out if Year 5 and 6 children can run these kinds of projects before he rolls it out nationwide. We feel confident we are up to the challenge!

Please check the Bee Hotel diary below to see how we get on...

For the first week or so the weather was quite cold and not much was interested in the hotel. However, once it warmed up, the following started to happen (Diary entries by Y5 and 6):

10th May     A few bees were buzzing around the hotel but did not go in. We think they were males

11th May     Female bees entered the hotel and investigated tubes

24th May      No bees were buzzing around today. Six holes filled with mud and leaves there were none

22nd June     Bees flying around but not so many. Seven holes filled with mud and one with leaves which will be a different kind of solitary bee now making a nest! Please see photo below 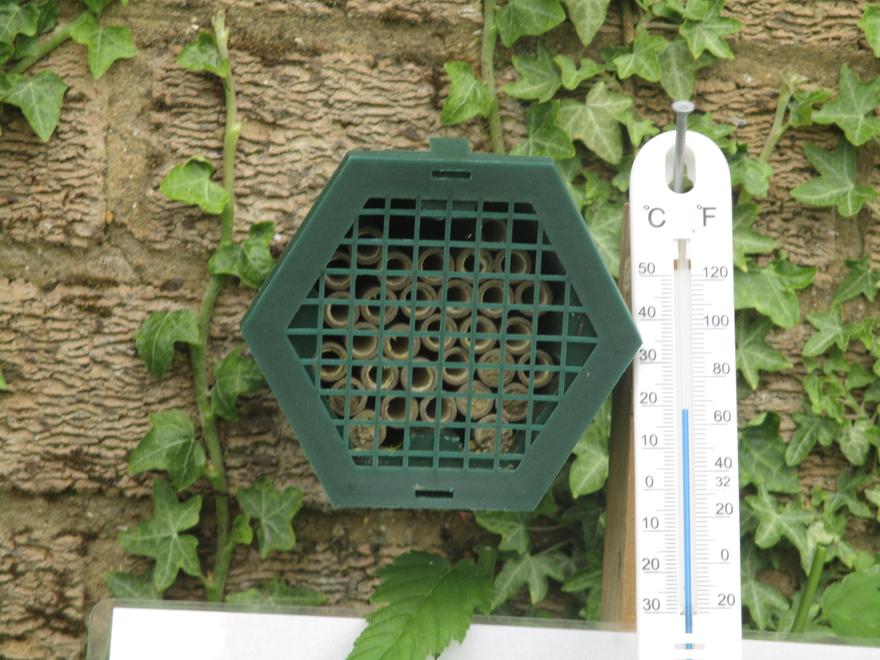 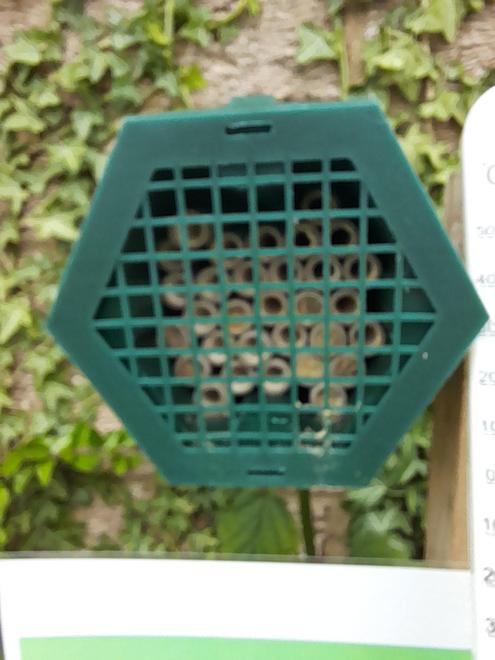 To enrich their learning, Hedgehog Class have been working with research scientists from B.T. on a Robot project. They learned about the amazing work B.T. do in designing and developing robots to carry out a wide range of tasks, including automated strawberry picking and then undertook to deign and make a model of a robot which could gather lava samples for geologists. Please see some pictures below:

To enrich their learning on Plants, Owl Class had a zoom with an ecologist who worked with them to answer the question, "Why do we need trees?"

Owl Class had a question at the end of their unit about growing: Why is Rocky taller than Walter, when Walter is older than Rocky? We asked two scientists from the Wellcome Institute - Em Dixon and Alex Steemers - to answer this question for them. They did a brilliant job, not only of answering the question, but also in telling the children about their work as scientists.  See below for some pictures of the zoom.

Science and the Wider Community

Year 5 and 6 are working with an artist, Kate Munro, and three other schools to raise awareness of the challenges faced by farmers and scientists to maintain a balance between feeding an increasing population and maintaining biodiversity.  We have focused on the barberry carpet moth and the problems with wheat rust.  The children produced artwork which Kate Munro used to create a sculpture.  See below for the beautiful sculpture she created, using our artwork as her inspiration. Lots of the children were very excited to see their designs transformed into the finished product. The sculpture is currently on display in the orchard and the ambassadors are giving talks about it morning and afternoons to parents and staff.  We were extra excited to see that the place we chose to display it has wild wheat which you can see in some of the photos!  The project is also linked with the Dippy the Diplodocus tour to be hosted at Norwich Cathedral from the 13th July as it highlights the vulnerable of nature to extinction.

The finished sculpture on display in our orchard

Owen, Reggie and George wrote about the project

Artwork for the Sculpture

Science and the Wider Community: Dr Emily Fowler zoomed with Hedgehog Class to tell them more about Drosophila (which Year 5 and 6 are studying), and her work on the life cycle and behaviour of this important animal 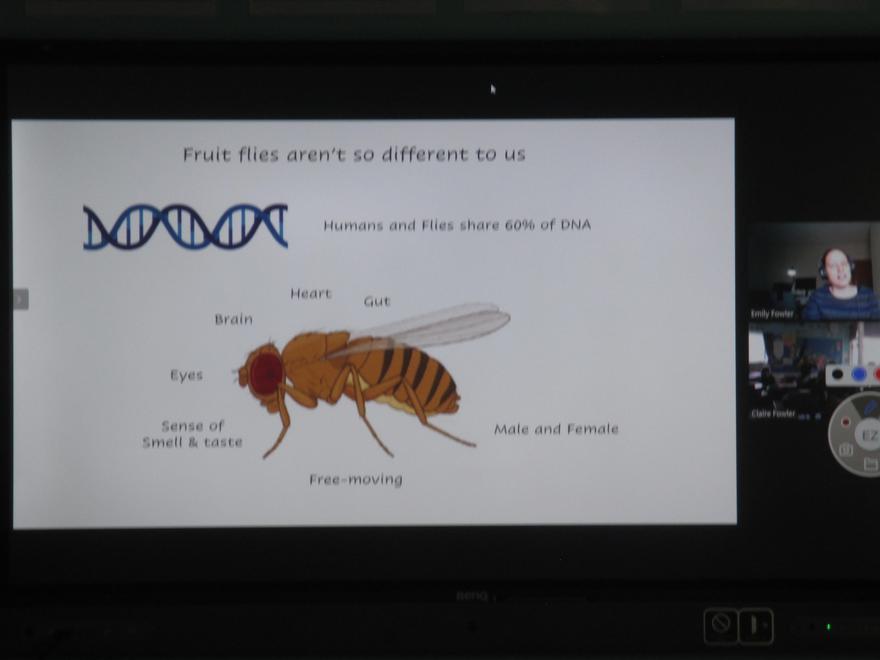 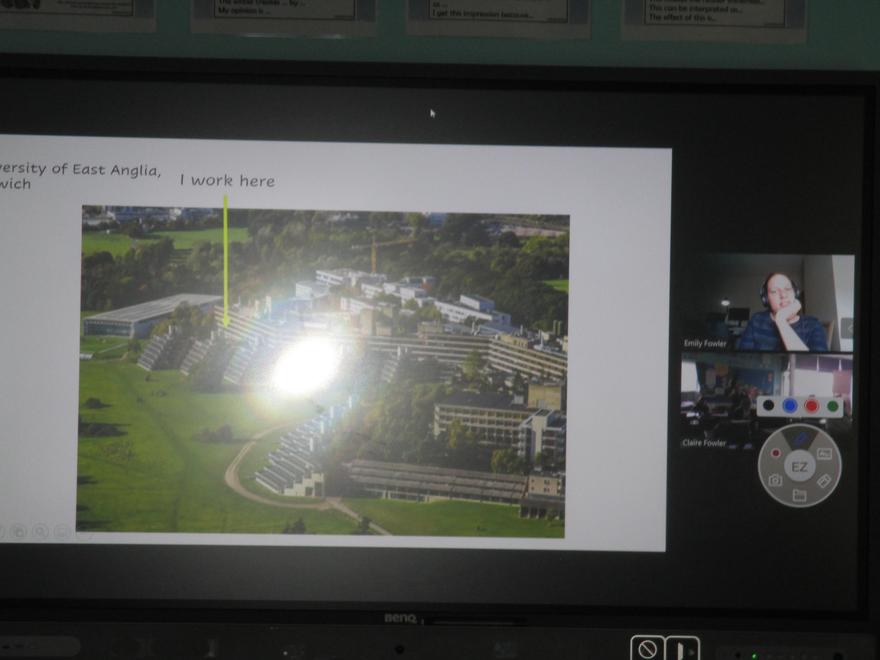 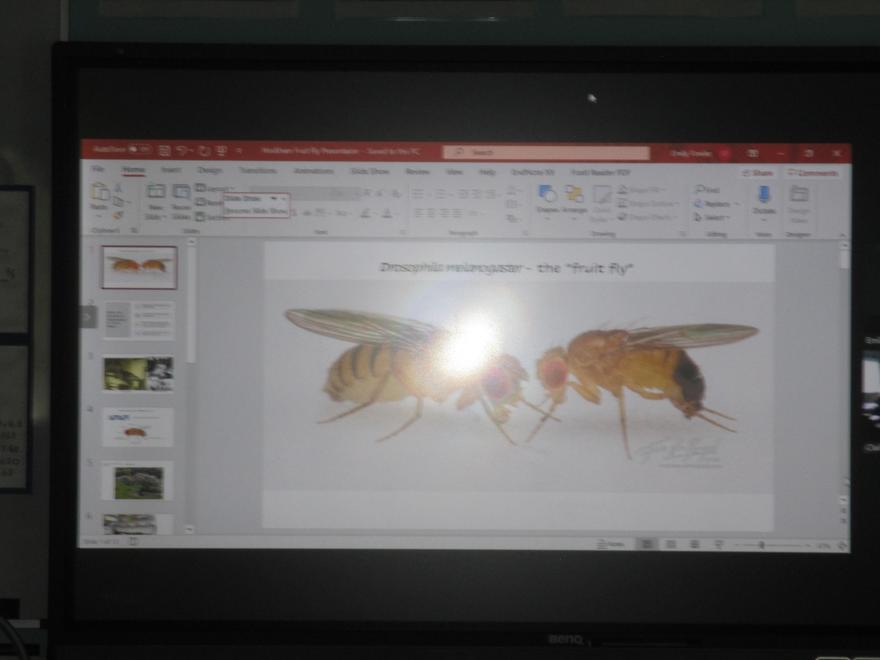 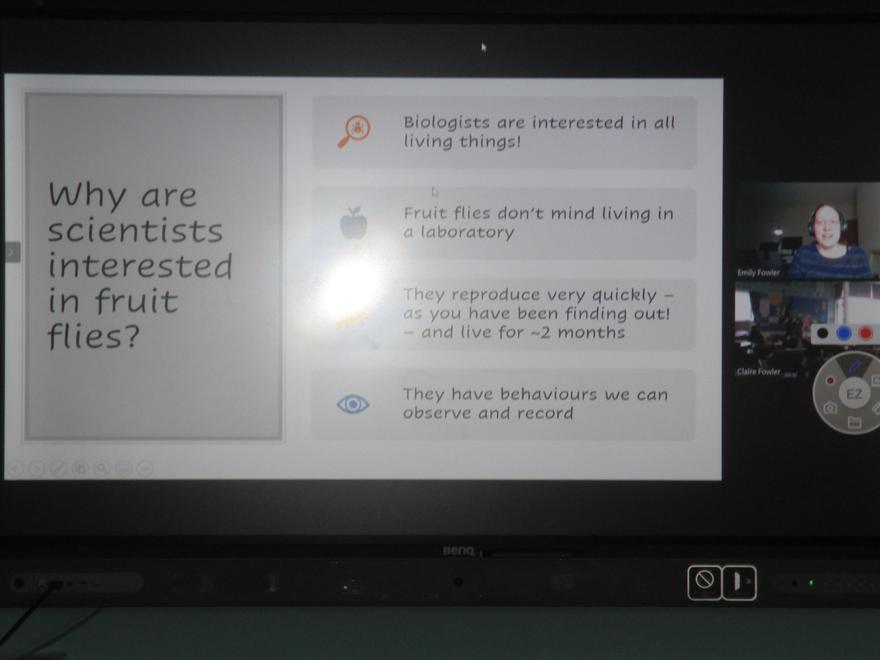 Science and the Wider Community: Dr Will Nash zoomed with the whole school as part of British Science Week to answer the question: What is an insect? 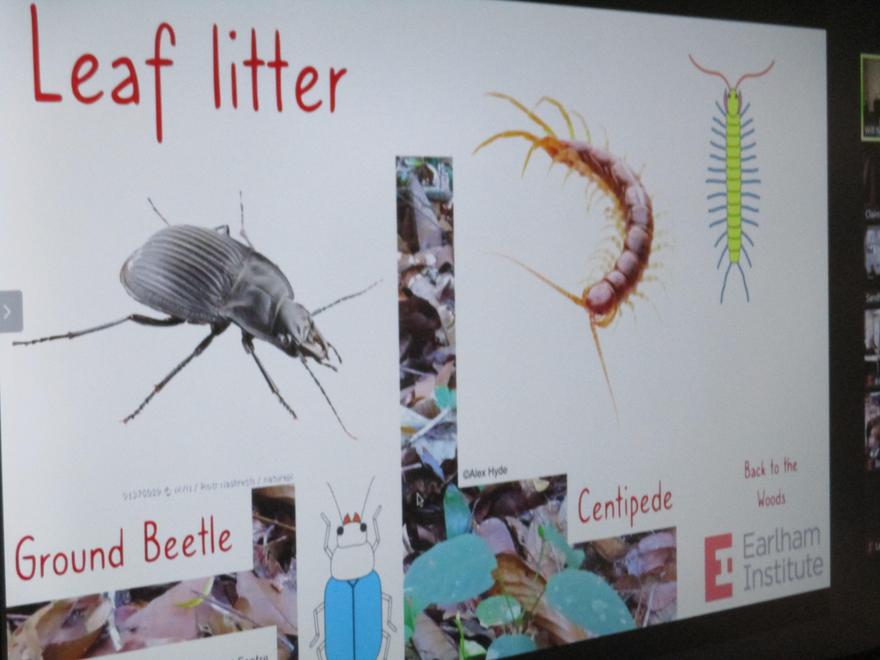 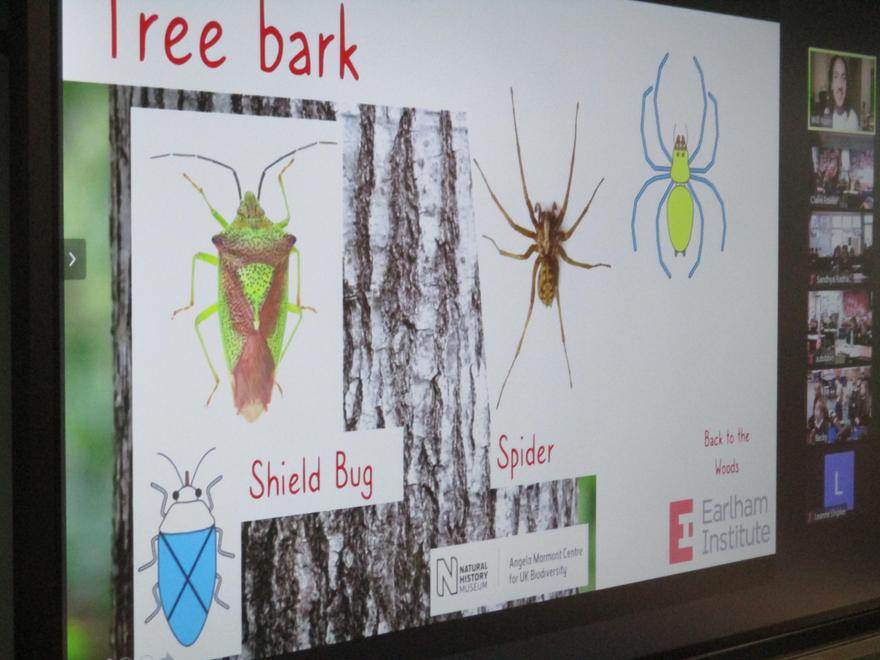 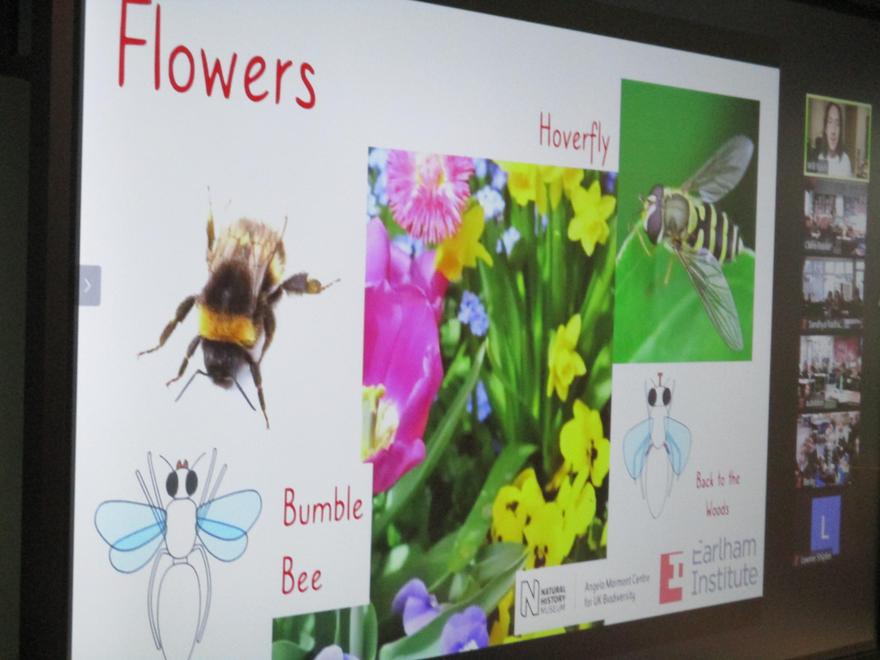 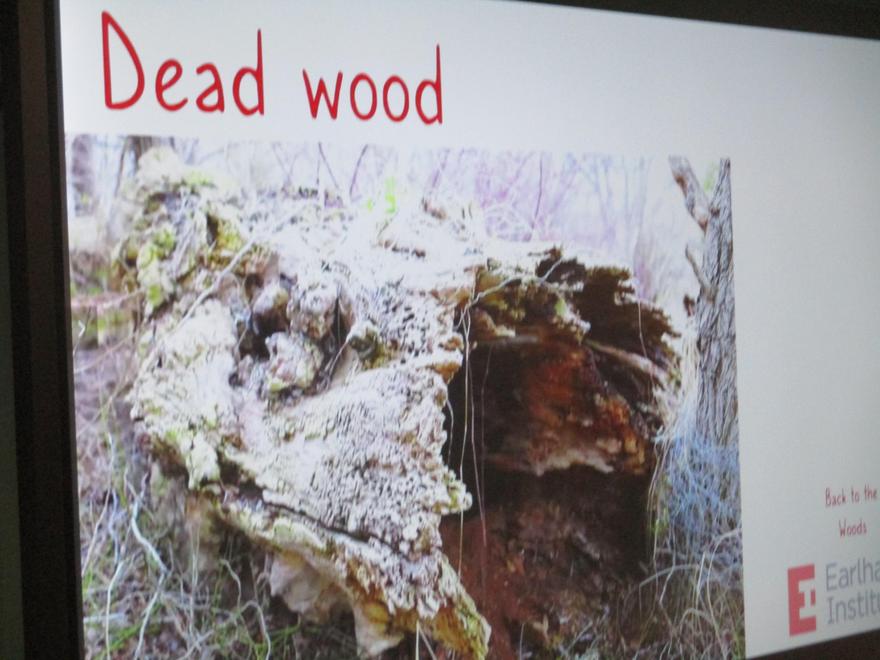 Science and the Wider Community: Owl Class zoomed with Dr. Emily Fowler to find out what class of animal a platypus is

Science and the Wider Community: Dr Galloway zoomed in to answer Jemima's question - "Is a bubble a solid or a liquid?" 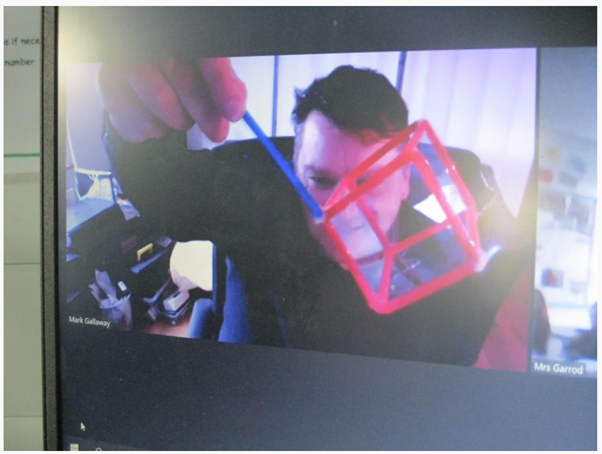 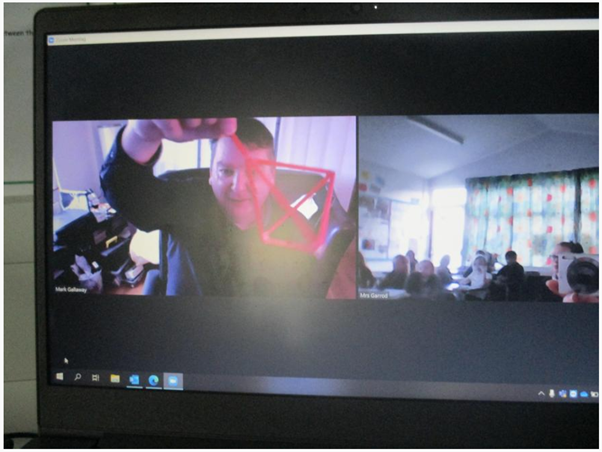 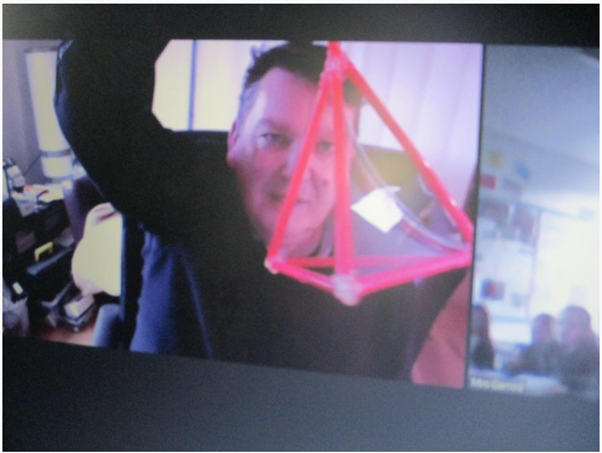